What are the different types of mould colours?

There are several different coloured moulds that could be ‘growing’ in your home, such as: ‘white coloured mould’ or ‘green mould’, ‘grey colour mould’ or ‘brown mould’, or, even more generally, ‘black mould’ / ‘toxic black mould’. So how do you know if the mould is bad for you? What does the colour mean?

Here is a general ‘easy to understand’ summary of the most common moulds found in a home. If your unsure what you’re looking at,  get a laboratory to test it for danger levels, or a professional to clean up the mould.

This is a short list of the more common moulds that grow in households and their colours. Since moulds are incredibly diverse, even within the individual species, it isn’t a complete picture, but it may help in explaining why ‘black mould’ isn’t synonymous with ‘dangerous’.

Cladosporium is a very common mould. It can appear green, brown, grey or black on surfaces. It is classified as either Hazard Class B or C, depending on the species – i.e., allergic reactions are generally the only concern with Cladosporium. It can grow in many places, including walls, wood, dust, and insulation.

Aspergillus is another common mould. It can look grey, brown, yellow, green, white, or black. There are many species in the genus, and they generally fall into Hazard Classes A or B. Some can cause infection in people with weak immune systems, and some of them can make toxins in certain circumstances. Others will only cause allergic reactions. Aspergillus can grow on walls, insulation, paper products, soil, clothing, and many other places.

Penicillium is a name that often strikes people as familiar, and that is because modern antibiotics were discovered thanks to a species of Penicillium long ago. However, that doesn’t mean that the genus can’t be hazardous. It can look blue, green, or white, and its species are generally classified as B or C. It can be found on foods, such as cheese and fruit, or in the walls, the insulation, and other places.

Ulocladium usually looks black or grey. It falls into hazard classes B and C, and tends to grow in damp areas. It can be found on walls, around windows, in dusty areas, and other places.

Acremonium is often found on insulation and drywall/sheetrock, although it can be found in many other areas, too – it grows in damp places. It can appear white, grey or brown, and various species are found in all three hazard classes.

Stachybotrys is the infamous black mould that made the news in association with ill health effects many years ago. It needs a very damp area to grow, and is considered a Hazard Class A mould, as it can create toxins. It looks black on surfaces.

Alternaria looks similar to Ulocladium under a microscope. It can appear black or grey on surfaces. It is classified as a Hazard Class B mould, and has been known to cause various allergic reactions. It can grow on walls, dusty areas, around windows, damp areas, in soil, on plants, and in various other places.

An important side note is that sometimes what you’re looking at is actually effluorescence rather than mould. This is a deposit of white salts, especially on concrete, where water has penetrated and left a salt deposit on the surface.

(Some of this information is thanks to Canadian website mouldfacts.ca/)

Photos of the week: 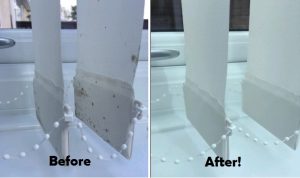 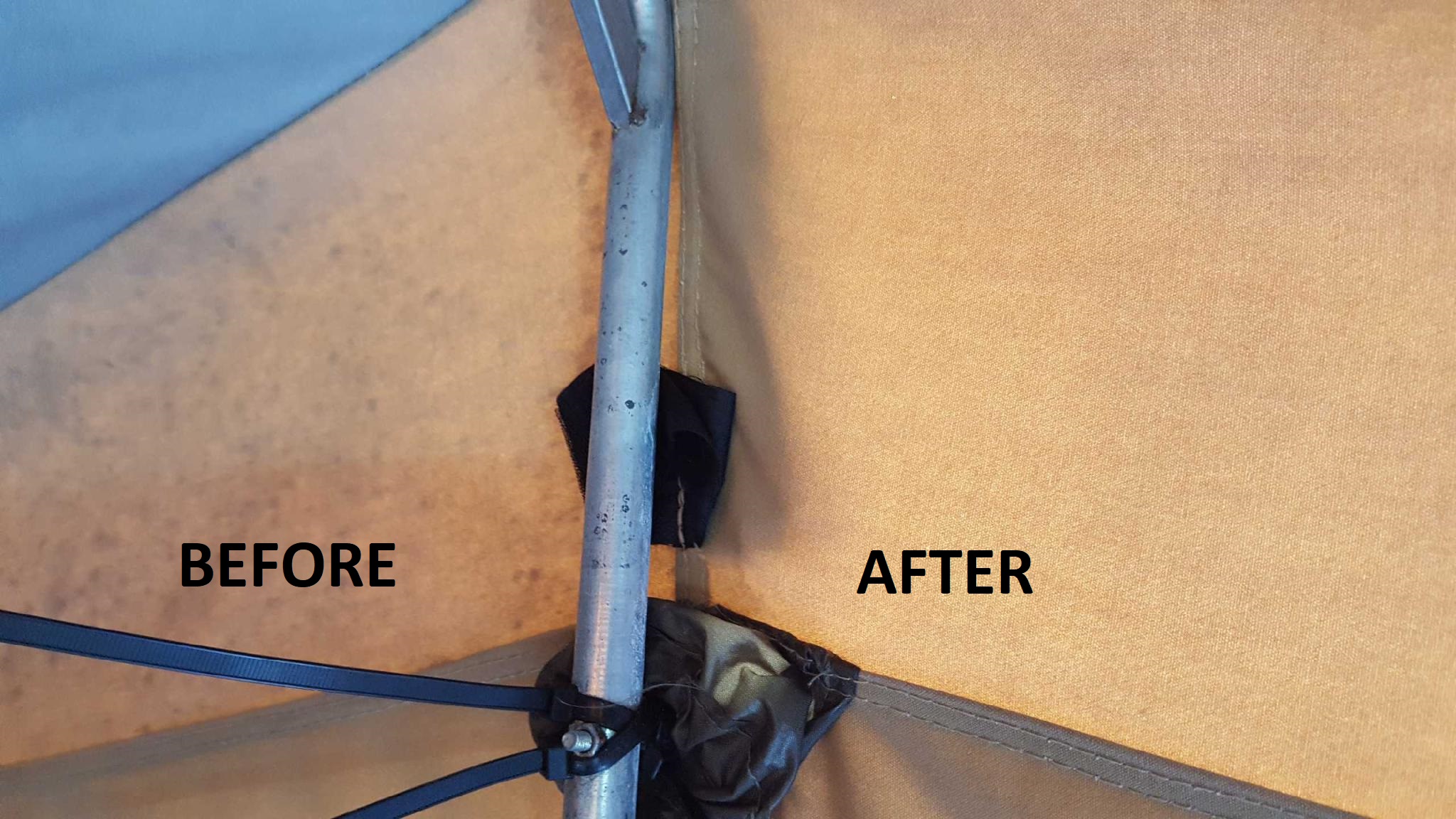 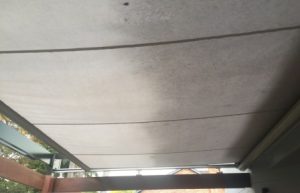